What is job development?

The Vital Signs Survey is HERE!

The Opportunity to Learn

Thank you to our Toast to Change Gala Sponsors! 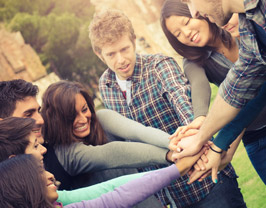 Find or post a job. CONTINUE TO JOB BOARD

SECC appreciates all of our partners that help us accomplish our mission.

In recognition of National Trivia Day, here is some facts about SECC that you may not know. Thanks to our resident historian Beth Kimm for helping compile the list.