On January 11, 2016, the Hamra family stepped off their plane at Windsor Airport to a group of welcoming strangers with gifts and balloons. Sobhi, Hanaa and their three children were the first Syrian refugees to call Leamington home, privately sponsored by the Faith Mennonite Church.  The days that followed were full of new experiences. They had a new home in a new country, surrounded by new friends who they found difficult to communicate with due to the language barrier. As the family enters “Month 13” the phrase used to describe the time after their sponsorship ends, many things have changed in their lives.

Since their arrival in Leamington, the Hamra family has been involved with SECC services to help them with their settlement into Canada, namely English training and interpretation services for appointments.

Sobhi immediately enrolled in SECC’s Language classes during the day. After a year of classes, he has been successful in obtaining employment at Highline Mushroom. He now has a driver’s license and vehicle to get to work and transport his family. Sobhi is continuing his English studies by attending LINC evening classes at SECC.

Hanaa received tutoring from volunteers in the family’s home for the first few months to help her learn English. As SECC expanded its evening Language classes and Hanaa’s language skills improved, she began attending school in the evenings.

Ghina, the oldest of the three children, started school within a week of arriving in Canada. She has been very successful integrating into the Canadian school environment.  She has made many friends and has learned English very quickly. In October, she won first place for her age group for her poster on Fire Safety. All 1st place winners had to speak in front of a crowd about their poster and she did that with confidence and clarity in English.

Lynn wasn’t old enough to attend school like her sister when she arrived in Canada. Lynn attended our Care for Newcomer Children (CNC) program, which provides free child care for students in our Language classes. Lynn made new friends through the program and learned English while her dad was in school. In September, Lynn started Junior Kindergarten and is loving every minute of it.

The youngest member of the family, Mohamed, joined the CNC program from September to December as his father was in class.  From the moment Mohamed walked in to CNC, it was apparent that although small in stature, his personality was a big as it could get. Mohamed enjoyed playing with trains, cars ,trucks and could be found enjoying a cup of tea with his friend Abdul. 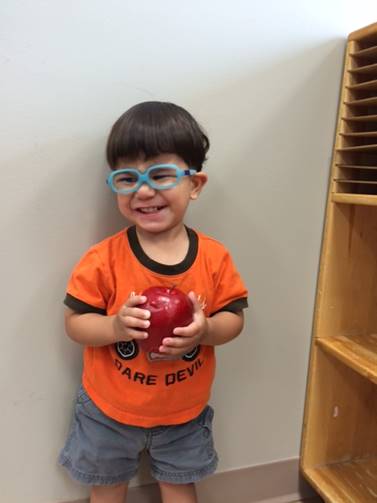 2017 brings promise and excitement as the Hamra family enters their second year in Canada. They are expecting their fourth child soon. Since their arrival,  20 other families have come to Leamington and Kingsville from Syria. They are learning English and Canadian culture, but they can’t do it alone. SECC’s interpreting and tutoring programs utilize the compassion and skills of volunteers to help Newcomers settle. By giving a little as an hour a week, you truly make a difference. Please consider helping families like the Hamras by volunteer with us.

For more information on volunteering, please contact 519-326-8629 or volunteer@secc.on.ca